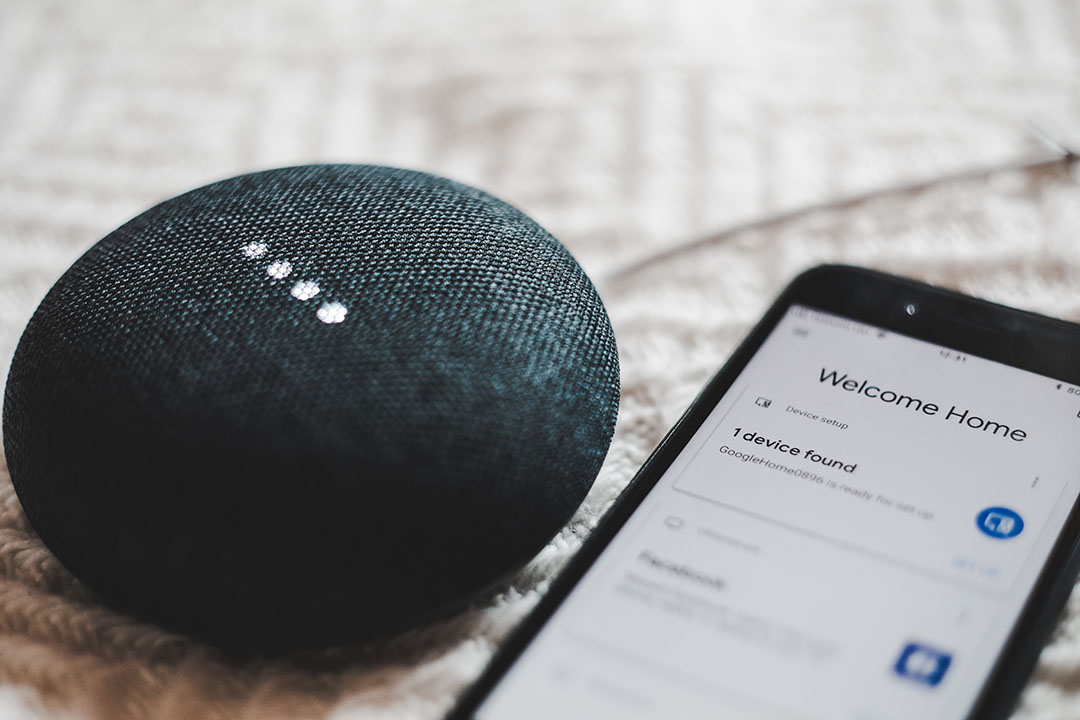 Is it time to upgrade and control your home with your smartphone?

It’s been a little over a decade since Apple introduced the world to what we consider today’s modern smartphone. While you may no longer be able to imagine life any other way without one, a decade is a relatively short amount of time – especially when considering the relatively new third party, unintended products that have been derived and are controlled by them. What does that mean? Well, truthfully, all of the bugs haven’t been worked out yet.

We, without a doubt, believe the future is a smarthome. In many ways, we are already there. However, the execution still leaves much to be desired, as we’ll discuss later in the article. With that said, the good ideas and lifestyle improvements and conveniences created by smart devices is life changing. Specific lights automatically turning on and off and certain times of the day, a thermostat saving money and energy by controlling the temperature only when you need it, a water usage monitor attached to the main water line that will automatically turn off and prevent flooding should it detect a leak, locks, cameras, shopping list reminders, dishwashers, microwaves, refrigerators, entertainment, security, safety… the list goes, and almost every product you use regularly is being reintroduced with smart capabilities.

Through automation, your home will begin to optimize and regulate itself. This saves you time. This saves you money. This elevates and prevents common maintenance and household problems, whether simply due to ignorance or maybe a little laziness. While we can imagine, and in most cases already use many of these products, the building industry has lagged way behind when it comes to networking and computer technology.

This is actually pretty exciting. Once designers and software engineers begin focusing on the many “trivial” products we use daily in our homes, the wild leaps and advancements we’ve never before considered will become a new way of life. Regardless if your home was built this year, the current technology in many brand-new production homes has not changed since the 1970s – this being the one massively important area of our lives that has gone pretty much untouched throughout the greatest technological revolution of humankind (computer processing and the internet). 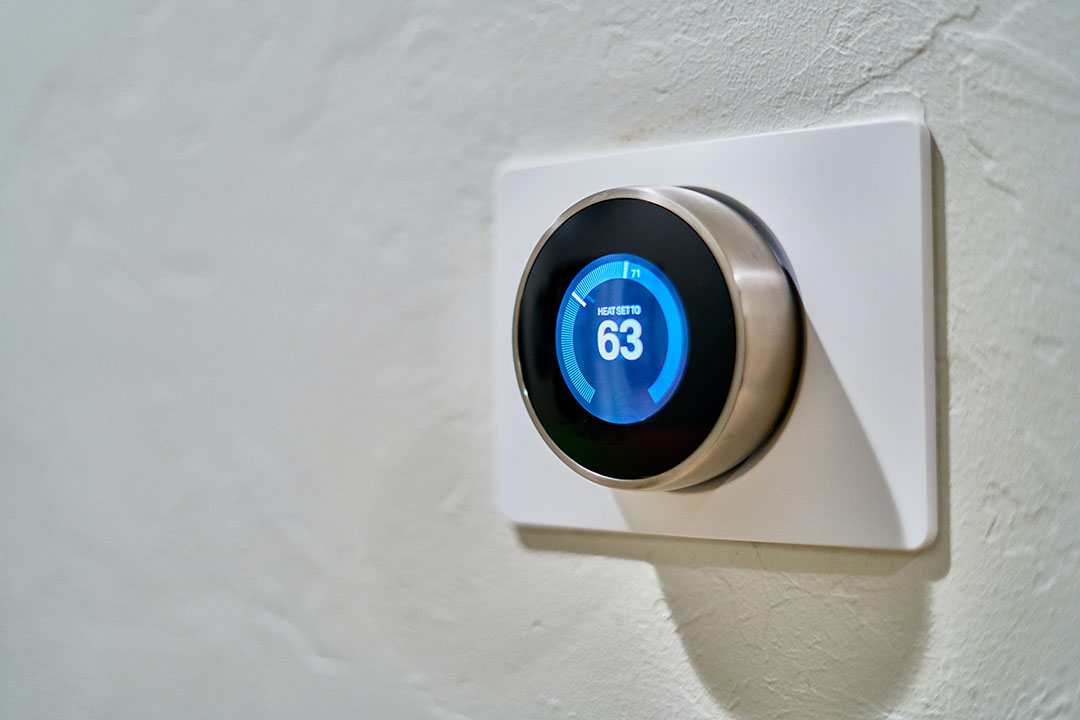 Remember in the late 90s how every two years you had to buy a new computer? Technology improved and increased so quickly that your current model became obsolete. Likewise, all of the peripheral accessories died along with it. This is partially due to products just becoming better refined and developed, but it was also a system designed to create perpetual consumerism. The quicker your stuff stopped working, the sooner you would buy new things. Obviously, with a home being such a large purchase comprised of so many natural resources, building an entirely new home with new technology every few years is unsustainable… But, that doesn’t mean that the technological model has entirely adapted to suit that.

The new iPhone comes out every year. Chances are, you’ve owned at least two or three already in your lifetime. Now, think back – do you use the same headphones and chargers as the first generation, or have the plugs changed? Remember when those obnoxious Bluetooth earpieces were a fad? You probably had one. Still use it? The point is, technology changes rapidly and things like outlets, switches, and light fixtures throughout your home do not. As much as they try to reassure us with claims of backward compatibility, chances are that all of the plugs, switches, and gizmos that work with this year’s iPhone won’t work 5 years from now – let alone a decade or two.

I have personally faced this issue in my own home. I remodeled a significant portion of my basement and went “smart” with just about everything. To be completely honest, I kinda regret it… Things work for the most part. Re-read and listen to that statement – would you be satisfied with a car that “worked for the most part”? Smartlights turn on at random, or simply never turn off regardless of the programmed scheduled. Switches mysteriously unpair and disappear from phones. When the power goes out, every smart device boots back up and turns itself on – whether you want it to or not. And the worst is when your phone no longer supports a particular brand or product that is needed to create light where you live.

Simply put – these products are still buggy. Early adopters have always faced these issues, becoming the guinea pigs for corporations as they try to figure things out. And not all products and ideas pan out or survive – so be prepared to suddenly lose support or functionality for any of these smart devices. 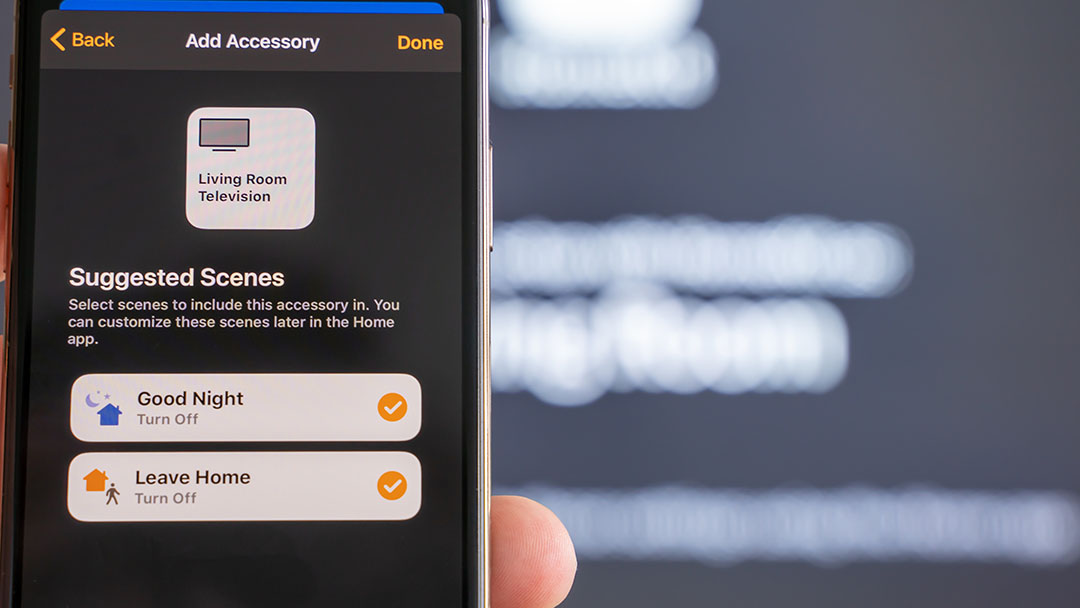 The ugly part of highly connected smarthomes is truly ugly, and strikes at the heart of much larger social issue – privacy and security. I challenge you – simply bite your lip and give it a go sometime – read the privacy policy of your smartphone. Ouch… There is absolutely no byte of data, no haptic touch or pause, no camera or image that isn’t being tracked, quantified, and exploited. Inviting this business model into every element of your home is a massive privacy and security issue.

Allowing the management of the lock on your front door to be controlled by a corporation – trusting them to decide who goes in and out and when – thinking they’ll never give the key to an authoritarian government or highest bidder simply means you’re ignorant of how the technology community operates. Even if the company you choose to keep you safe never compromises its ethics, hackers will. Not only can someone physically pick your lock, but now you’ve created the opportunity for someone to do it digitally as well. Extrapolate that to the water coming into your home – what happens if someone other than you decides to turn it off? Do you really need to program your dishwasher from your phone? Does your refrigerator really need a camera inside of it, tracking what you eat and when?

The questions and concerns of how all of this data and information will be stored and used has not been resolved. At this moment in time, the corporations you buy these products from hold all of the cards and are currently under no obligation to act in your best interest. The moment your ethics, ideology, or patronage no long aligns with them, they now have extremely invasive ways of affecting your daily life. Be mindful. 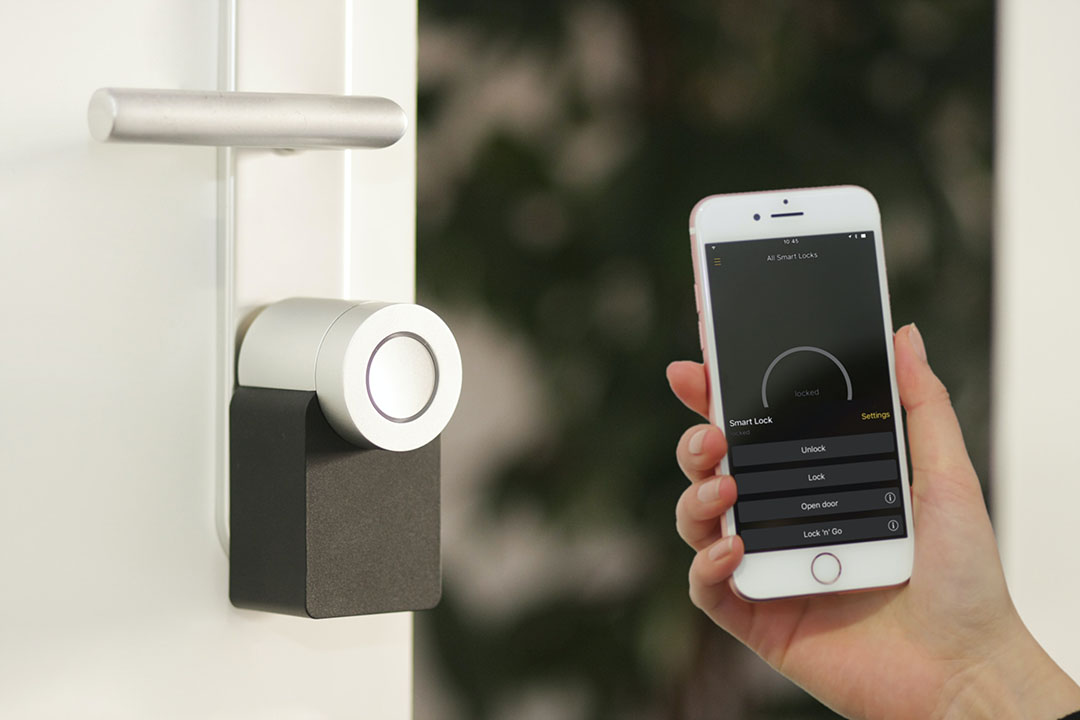 Do we recommend jumping on the smarthome bandwagon? No. Not at this time. Now, that doesn’t mean that there aren’t some fantastic smarthome products that you can play with in the meantime. Take a look a smartplugs – those things are great. They do the exact same job as a smartoutlet, cost less, but they’re not permanently fixed to your electrical system. Have all the fun you want, turning things off and on and scheduling with your smartphone – but, once the device becomes obsolete or the company updating the firmware becomes sinister, you can simply pull the plug and reenact the copier scene from Office Space.

Smarthomes are going to be revolutionary – we just don’t think that the technology and philosophical issues have been worked out enough yet for you to implement and rely on these devices throughout your entire home. Upgrading to everything “smart” would be a considerable investment and we don't currently have faith in the industry that you'll recoup the time, effort, or money that you would have devoted. For more tinfoil hat wearing trepidation, reach out to one of our Project Managers and they’ll help you choose the best smart devices for your renovation. 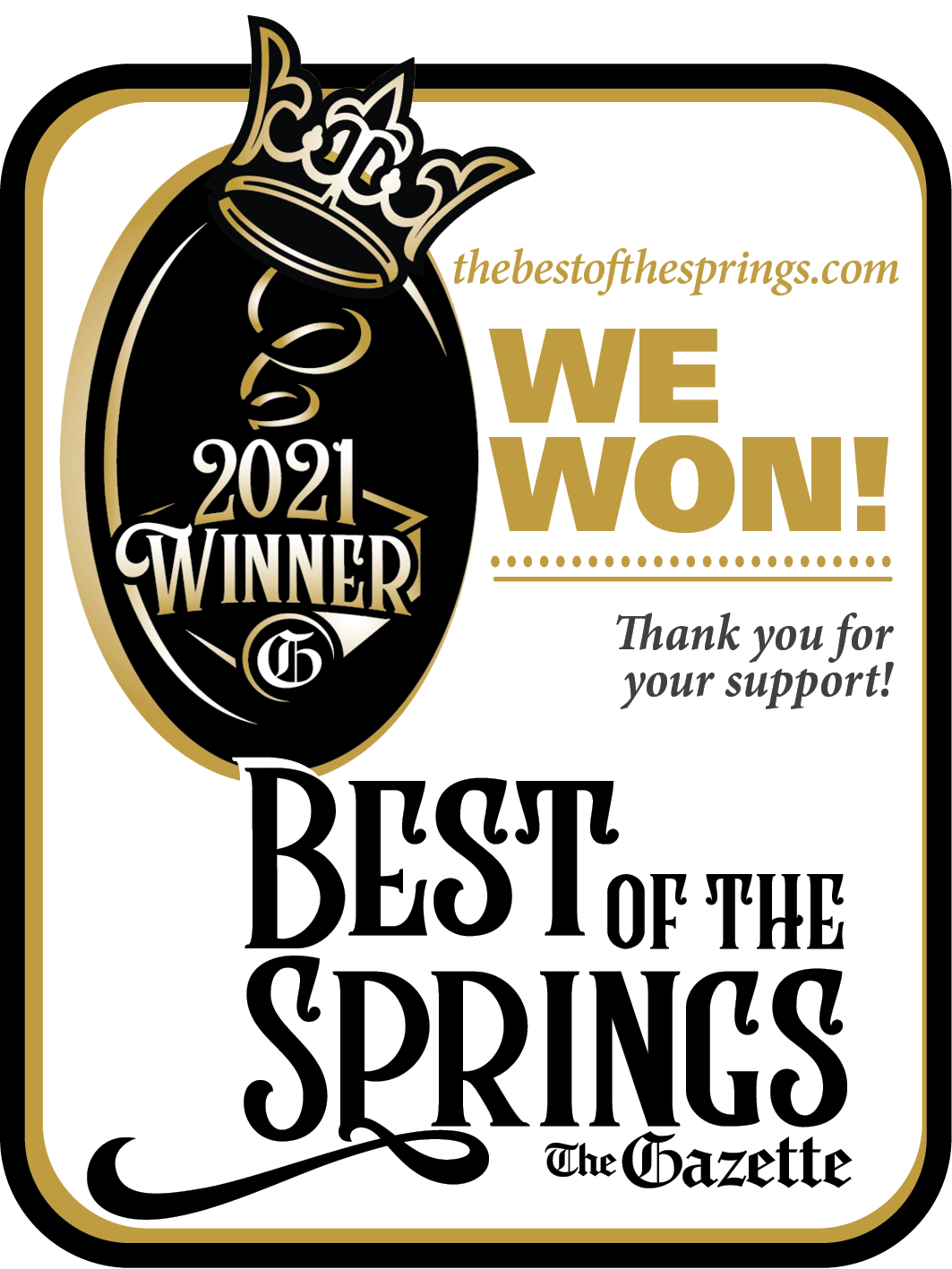 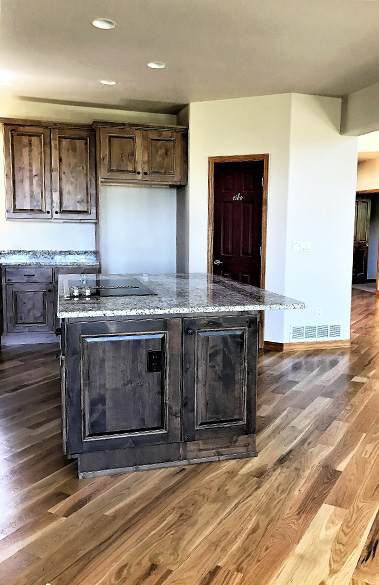 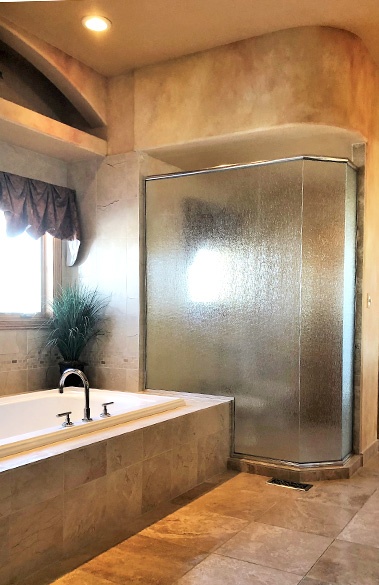 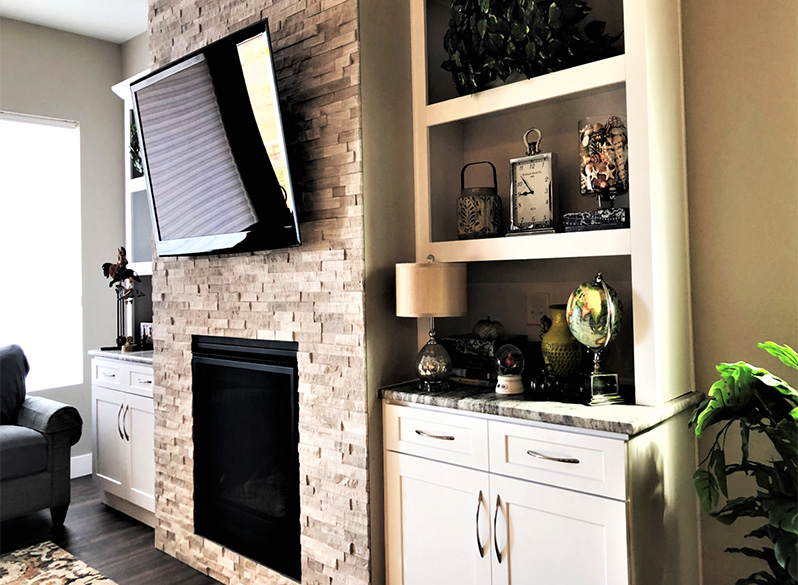